“Real music isn’t on the telly, it’s outside your front door in the pubs, clubs and community spaces” 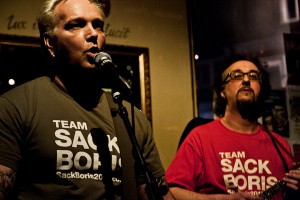 Steve White & The Protest Family will be taking over Walthamstow Folk Club for the night on October 4th and we’ll be joined by New Yorker and veteran of the Greenwich Village scene Steve Suffet. We like to think that we’ve done our time singing on picket lines and at rallies, but Steve’s been doing it since before some of us were born.

There will be loads of WSO gigs going on in and around E17 that weekend organised by our friends at Walthamstow Musicians and John Garner at the Warrant Officer. Friends further afield are organising gigs too, so I expect that members of The Protest Family will be popping up at shows all over the place in one guise or another.

Our claims to fame are pretty lame really. I once troubled the indie chart singing with a group put together by the TUC called The Workers, covering Canned Heat’s Let’s Work Together. Funky Lol had his song about Leyton Orient FC played by John Peel. Doug ends up chairing everything he ever gets involved in, from the Plumstead Make Merry Committee (Plumstead’s biggest community festival) to Leyton Orient Fans Trust and Russ won a cup for his banjo playing but has since had to give it back.

Actually, despite the political nature of our songs and performances, it’s a shared love of Leyton Orient Football Club that’s the origin of this band. We got together to record a band version of my song Brisbane Road and to put together a set of Orient-related songs for a benefit night. The rest is history. Inglorious, but history nonetheless.

All of the original members of the band were Orient season ticket holders and three of the four of us currently are. Some of our proudest moments as a band have been the Love Orient Hate Racism gigs that we’ve put on, and promoters will tell you that booking us for a Saturday or a Tuesday night requires looking at the fixture list first.

We Shall Overcome is exactly the kind of thing that Steve White & The Protest Family should be getting involved in. Much though we think it’s important to get out there and play to everybody and not just like-minded audiences, the four-bands-for-a-fiver formula where bands in a mis-matched line-up are lucky to earn their expenses back can be a bit soul destroying at times, so we’ve consciously made the decision that if we’re giving it away then we’re giving it away for causes we support, whether that’s a food bank or a trade union in dispute. There was no way that something like We Shall Overcome would come along without us trying to get involved in some way.

This. The way that people have come together and got themselves organised around the We Shall Overcome banner has been quite astonishing. It says a lot about us as people, as communities and as a community, and I really like the combination of solidarity and practical help. My big hope for We Shall Overcome is that it continues to grow as a movement after October.

We’ve heard from a lot of folk that the era of the protest song is dead, Owen Jones being the latest of course and various reasons from a disinterested populace to a play-it-safe industry are cited. WSO seems like a genuine opportunity to seize the narrative from the ground up. We keep saying to people that real music isn’t on the telly, it’s outside your front door in the pubs, clubs and community spaces. There’s a chance to make that point emphatically in October.

Well, playing of course. But it’ll be different, standing on stage talking about WSO knowing that there’s hundreds of acts in hundreds of venues doing the same thing at the same time. I don’t know what that’s going to feel like yet, but it’s a powerful thought. 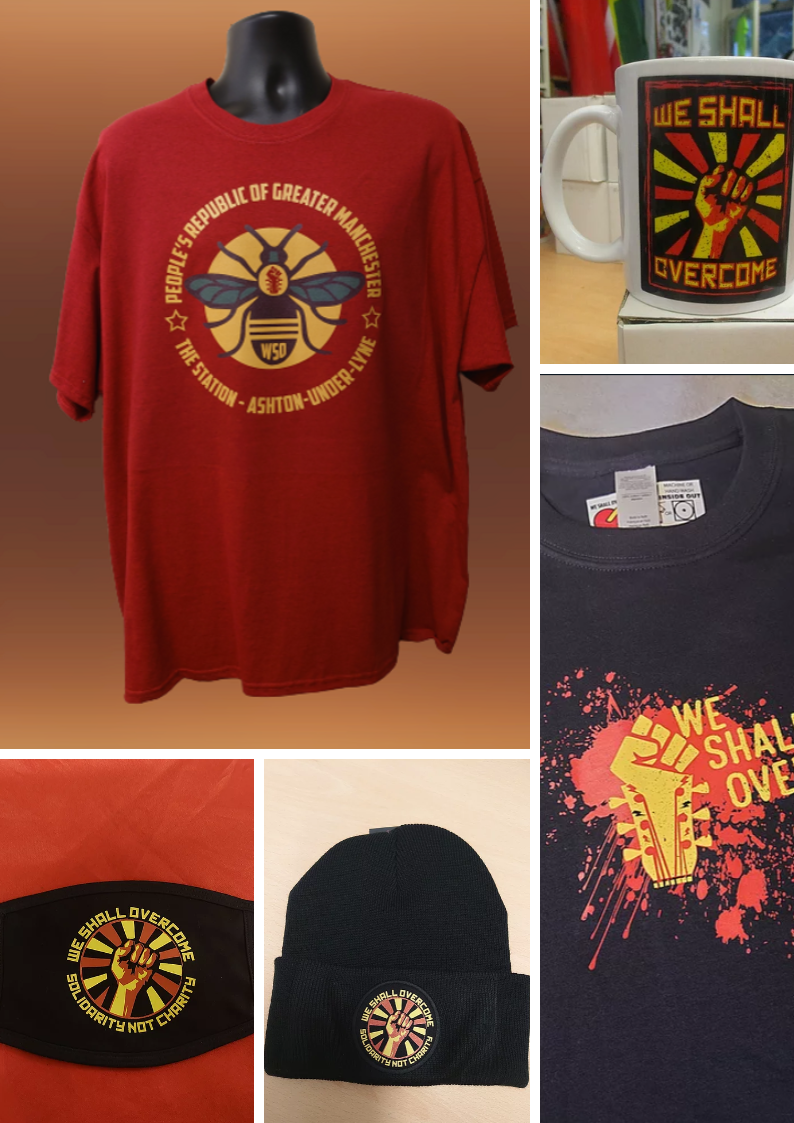