Incredible work around the country by WSO musicians playing #Busk4TheHomeless events. The idea originally came from GJ Armstrong who ran similar events in Ashton-under-Lyne around our main week, but Jamie Bramwell wanted to take the idea further. Working with musicians locally he put together street teams in Liverpool and asked other towns to follow.

The results were heartwarming and infectious. Check out this video….

Pete Yen ran with the idea in Nottingham, raising enough money to feed 200 people in the coming days…. 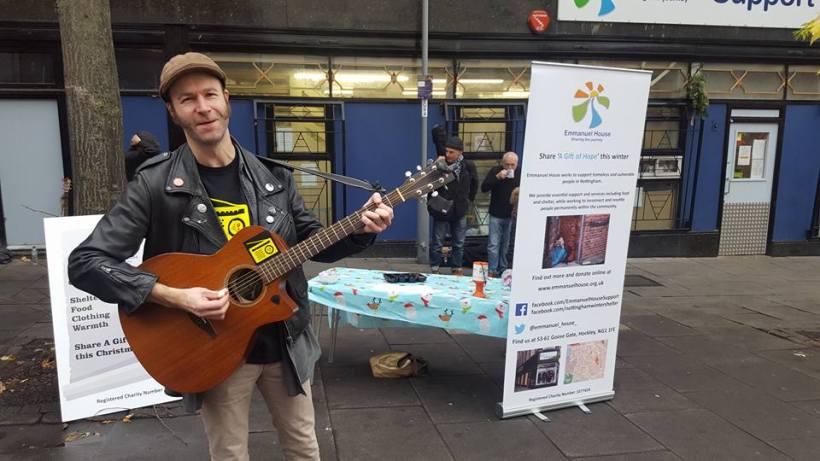 And Ashton, inevitably, pitched in showing solidarity WAY beyond the cause.

With further events elsewhere, and more planned for the early weeks of next year, We Shall Overcome musicians will be out there trying to ease the burden on those who have slipped through the holes cut in the safety net by Tory austerity.

Well done to all involved, and let’s fight on!

Thanks to Warren Millar and Pete Yen for the photographs and video.