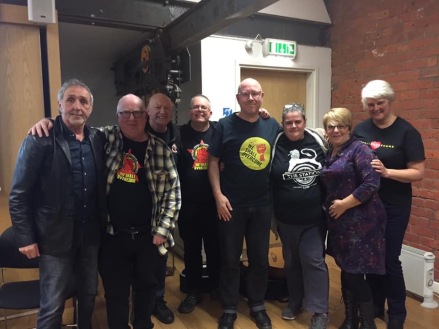 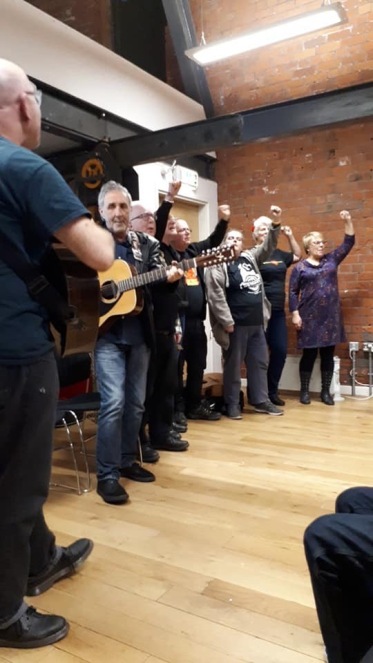 We Shall Overcome kicked off it’s 5th year in style this week, with a celebration event at the national museum for democracy. “Meet the movement” was held at the People’s History Museum in Manchester as part of their ‘Radical lates’ season of events. The museum celebrates “ideas worth fighting for” and has a large collection items that tell the story of the fight for democracy and the history of the labour and trade union movement.

A packed room heard about the origins of We Shall Overcome from host Matt Hill. He then interviewed WSO organisers Pauline Town (Ashton-Under-Lyne) and Val Colvin (Liverpool). Pauline spoke about the rising levels of violence and hate crimes against people who find themselves street homeless and why a cuddle and a chat are a critical part of the support she gives in Ashton. Val explained how in Liverpool there were many excellent organisations already working in homelessness so they have focused their efforts on helping families living in poverty, for example with buying school uniforms for kids.

The audience watched a series of short films showing the range of activities and arts that have happened over the past few years across the country and a special performance “Live from the shed” of Joe Solo. Keeping in the spirit of WSO there was also live entertainment. Poetry from 3/4 of the guys from Bard Company and Lytisha Tunbridge, plus songs from Gerry O’Gorman, Tony Harper and ending with host Matt Hill leading the room in singing We Shall Overcome.